Cradle announced a major upgrade to the Mineral Resource in April 2015 (Table 1 and Figures 1, 2 and 3) which now stands at 178Mt @ 0.5% Nb2O5.  This update occurred after the March PFS announcement and formed the basis of the 2015 Definitive Feasibility Study.

The new Mineral Resource incorporates the results of an additional 9,324m of RC and Diamond drilling that was not included in the December 2014 Mineral Resource update; bringing the total drilling by Cradle used in the resource estimate to 20,142m (98 RC holes and 46 Diamond holes) with an average depth of 148m (max 377m). The resource also included 33 diamond holes for 2389m drilled by previous owners.

The Resource was estimated by Coffey Mining using Multiple Indicator Kriging on 2m composites with a 25m x 25m by 5m (X x Y x Z) panel to generate a recoverable estimate emulating an SMU of 6.25m x 12.5m x 5m. Significantly, this resource is based predominantly on new RC and diamond drilling undertaken by Cradle in 2014, and also incorporates the first Measured resources on the project.

Highlights of the Resource update include: 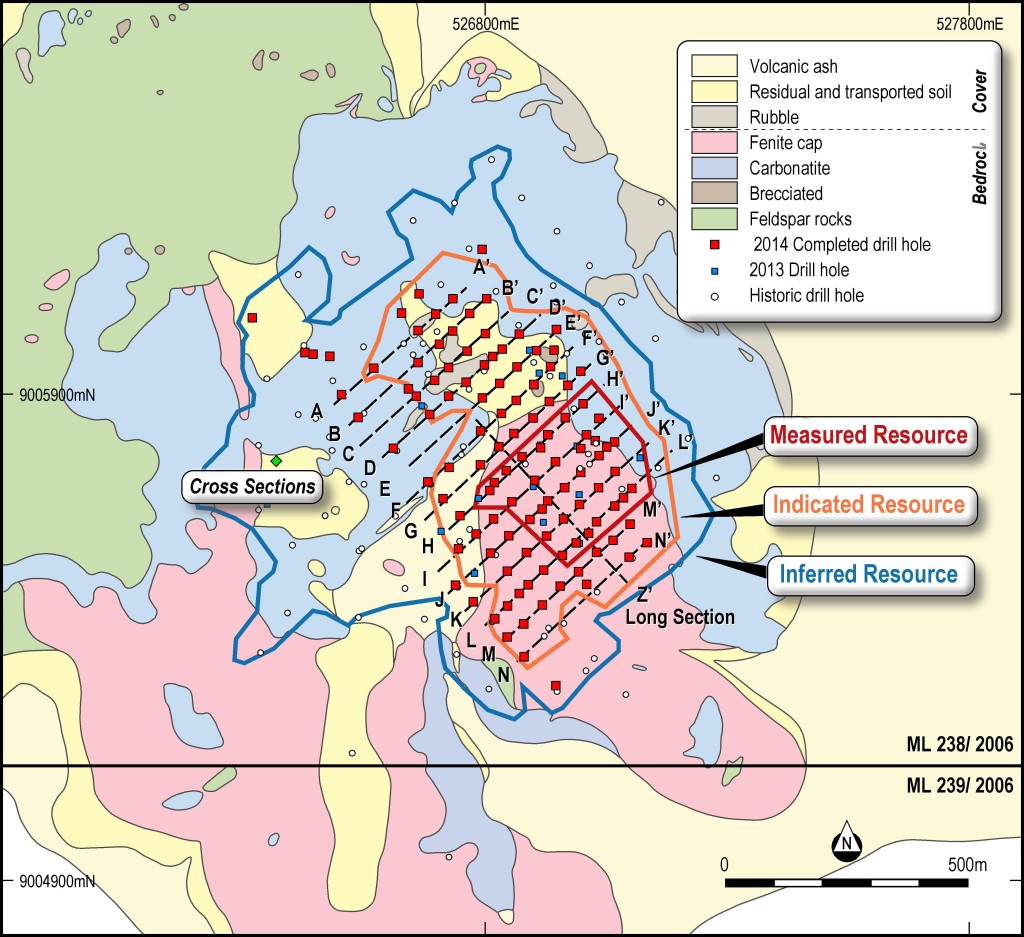 Figure 1: Geology plan showing the 2015 Resource regions. The regions in blue (carbonatite) and pink (Fenite Cap) are both highly prospective with field mapping showing carbonatite and magnetite-carbonatite outcrop contained with many of these areas.

There is also an Exploration Target* on the Project (Figure 4) of between 200 and 400 million tonnes with a target grade of between 0.4% and 0.6% Nb2O5 which was announced 23 April 2015. Over the region of the carbonatite that falls outside of the current Mineral Resource, four potential high-grade target zones have been identified which will be the focus for future exploration efforts.

The target was based upon the area of the mapped carbonatite boundary outside of the current resource area (Figures 4 and 5). The depth extent of the Exploration Target is approximately 200m (see Figure 4 for an example section) and a conservative density of 2.5t/m3; additionally this volume has been reduced by 50% for reporting purposes. The Exploration Target includes both weathered and primary mineralisation types. 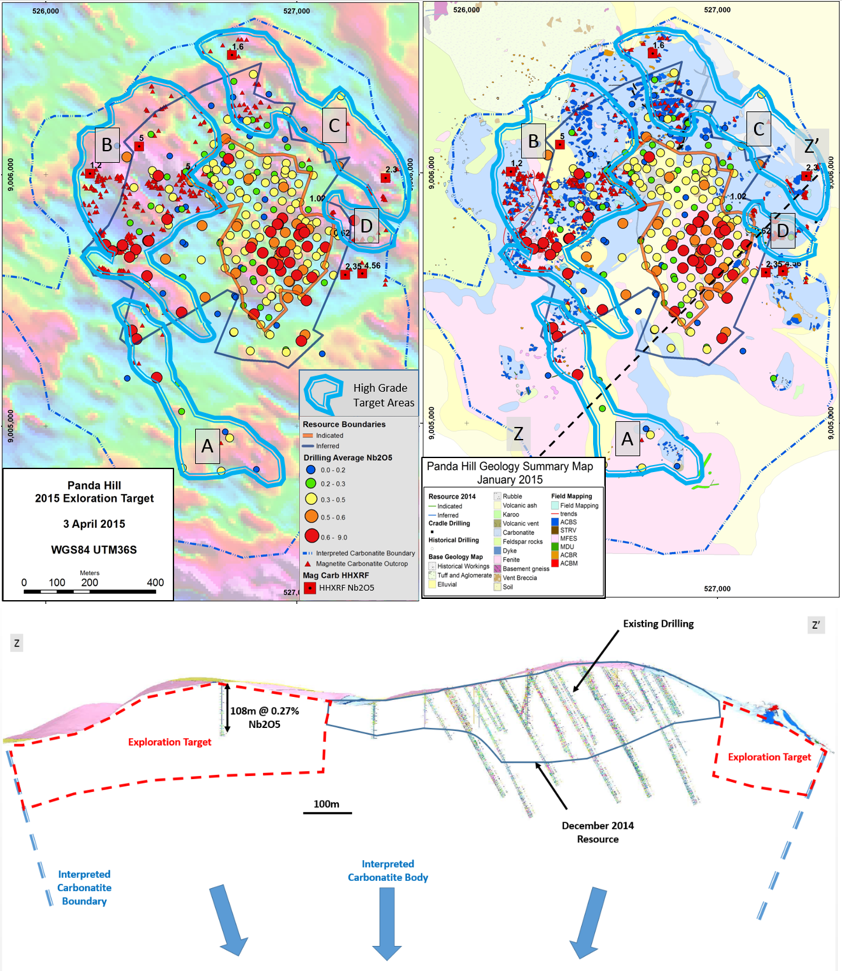 The information in this document that relates to Exploration Results and Resources is based on information compiled or reviewed by Mr Neil Inwood who is a Fellow of The Australasian Institute of Mining and Metallurgy and a Member of the Australian Institute of Geoscientists.  Mr Inwood is a full time employee of Verona.  Mr Inwood has sufficient experience which is relevant to the style of mineralisation and type of deposit under consideration and to the activity which he is undertaking to qualify as a Competent Person as defined in the 2004 Edition of the ‘Australasian Code for Reporting of Exploration Results, Mineral Resources and Ore Reserves’.  Mr Inwood consents to the inclusion in this document of the matters based on his information in the form and context in which it appears.